Facial lifting is an operation that has been practiced since the '70s and is the best solution for alleviating the aesthetic damage of age. As people get older, the effects of gravity, daily stress, and sun exposure can be seen on their faces, with the appearance of deep wrinkles. 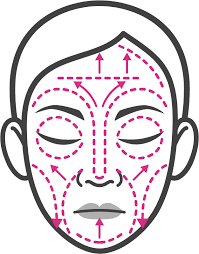 The aging process affects, in addition to the skin and the underlying tissues such as the muscles of the face and neck, and even the skeleton of the bone can be the site of revolutionary changes. Facial lifting can not stop the aging process. It only gives "time back" by attenuating the most visible signs of aging.

Which patients can benefit from Face Lift?

Usually, a facelift is addressed to people aged between 40 and 60 years, but it can also be done to healthy people aged 80 years. It should be noted that the facelift rejuvenates but does not beautify because the operation corrects the effect of aging.

When an experienced plastic surgeon performs the surgery, complications are rare and usually minor. There are huge differences between patients regarding healing ability, so the result is never entirely predictable. There may also be a widening of the scars and a thinning of the hair on the temporal scar.

The facelift operation is performed under local anesthesia combined with intravenous anesthesia. Some surgeons prefer general anesthesia with intubation. The intervention lasts about 3 hours.

This surgery aims to stretch the skin of the face and neck with the repositioning of the facial muscles. The incision is made from the hairy leather of the head in front of the ear, then bypasses the lobe and passes to the back of it.

The skin is separated from the muscles and fat beneath it. The muscles strengthen, the skin is pulled back and up, and the excess is removed. After the surgery, a small drain tube can be left to prevent the formation of hematomas. At the same time, the lower eyelid circles and the excess skin on the upper eyelids can be resolved during surgery. After the operation, a compressive circular dressing is applied to the face.

In the first days postoperatively, there may be slight discomfort and local pain combated with painkiller medication. Also, for a few weeks, a slight numbness of the skin may persist. Bandages can be kept for up to 7-10 days. In the first week, the skin is pale, slightly edematous, sometimes with minor bruises that will disappear after the first week.

The wires are removed after 12 days from the surgery. It can be solved without problems by each family doctor. After healing, it is crucial to avoid exposure to the sun, cold, and weight fluctuations that can compromise the intervention result. Regarding the scars, up to 6 months, they turn red and swell, and after nine months - 1 year, they flatten and lighten in color. Basically, after nine months, the scar in front of the ear, the only part not masked by the hair, becomes almost invisible.