Skip to content
Home » FAQ » Articles » What Is Plastic Surgery?

What Is Plastic Surgery? 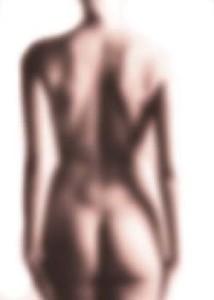 Plastic surgery is one of the oldest forms of surgery. As far back as ancient Egypt at the time of the Pharaohs, the first plastic surgery procedures to rebuild the nose were being developed. At that time amputation of the nose was a type of punishment for certain crimes. Since then plastic surgery has made a lot of progress.

During and after both world wars, the needs of wounded and disfigured soldiers led to an enormous and rapid growth in the operations available to surgeons and in the skill of those surgeons performing these reconstructive procedures. It was during this period that the specialty of “plastic surgery” came into its own as a separate surgical specialty.

Plastic surgery is one of the most rapidly advancing of all the medical specialties.

Each year hundreds of thousands of people choose to have cosmetic surgery to improve the way they look.

Cosmetic procedures are familiar to most people and include such operations as liposuction (fat removal), face-lifts, breast augmentation among others. Aesthetic surgery, while not essential, can often make people look better, feel better about themselves and improve their self image. Each year hundreds of thousands of people choose to have cosmetic surgery to improve the way they look. Many have dramatic improvements while some have more subtle changes in their appearance. Almost everyone, at some time or another, has thought of some change they would like to have in their appearance. There are many different safe cosmetic procedures available to improve your appearance and make you look as young as you feel.

Most plastic surgery patients have the opportunity to have their bodies improved, either in appearance or function.

Reconstructive plastic surgery, although less familiar to most people, is actually more commonly performed than cosmetic surgery. Plastic surgeons treat burn victims, children with birth defects and many women who have suffered from breast cancer. The ability to reconstruct a breast that has been removed by mastectomy for cancer is a skill that nearly all women in Tennessee have the opportunity to make use of. Many plastic surgeons treat patients with cancer of the head and neck as well as patients with hand injuries. Plastic surgeons have developed skills that allow the reattachment of amputated fingers and the ability to transplant tissue from one part of the body to another.

Most plastic surgery patients have the opportunity to have their bodies improved, either in appearance or function. Their self-image and self-esteem may be improved leading to a better life.

Have questions? Send your questions on cosmetic and plastic surgery to us at our Patterson Street address, or give us a call at 615-327-0201.

Actual Patients Shown
Before And After Surgery.
Your Results May Vary.

Over 20 years of happy patients...

It WORKED! Totally. Dr.Nein and his wonderful staff are extremely skilled in their profession. They're always kind, comforting and helpful.